Monday’s Are For Music

Monday’s Are For Music 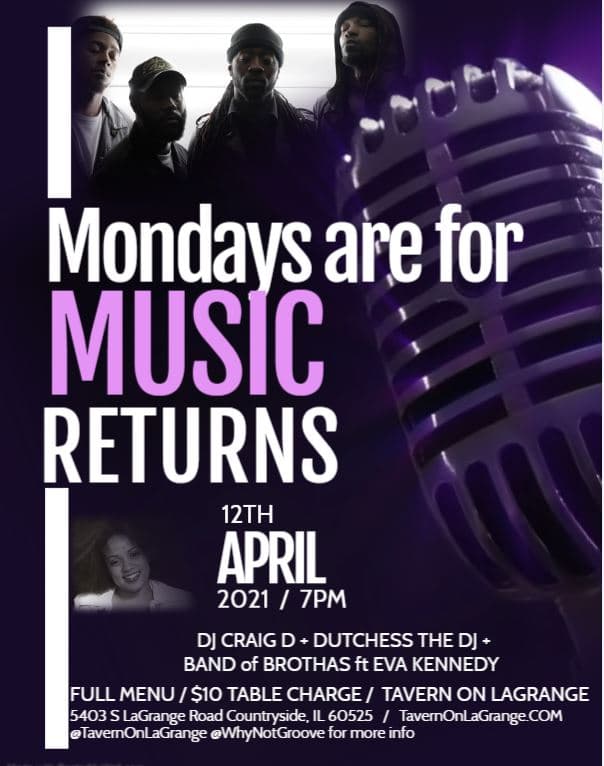 The Band of Brothas is one of the most exciting acts to come out of the Atlanta music scene in the last five years. They are an accomplished backing band that is making its way to the front of the stage, under the spotlights for all to see. Comprised of four individually impressive and talented musicians, the band has been touring on a regular basis for the last few years, crossing both the Atlantic and the Pacific Oceans and playing with well-established acts such as Raury, Big Krit and Kevin Ross, whom they played with during a tour with Maxwell. Band of Brothas has an eclectic sound, sampling different aspects from the various groups/artists they’ve been inspired by, and combining them with their own individual tastes. From soul to funk, hip hop to rock and even electronica, the Band of Brothas is making exciting music and providing a rebirth of creativity in the musical hub of the South!

(There is an admission charge for this event and we charge a 18% gratuity during all live performances. There is a 20% gratuity charge for large parties.)